Menu
PrevPreviousForeign students face racism and loneliness over pandemic
NextSmall businesses will be able to apply for $10,000Next

Angie Coleman: a frontline nurse during the pandemic 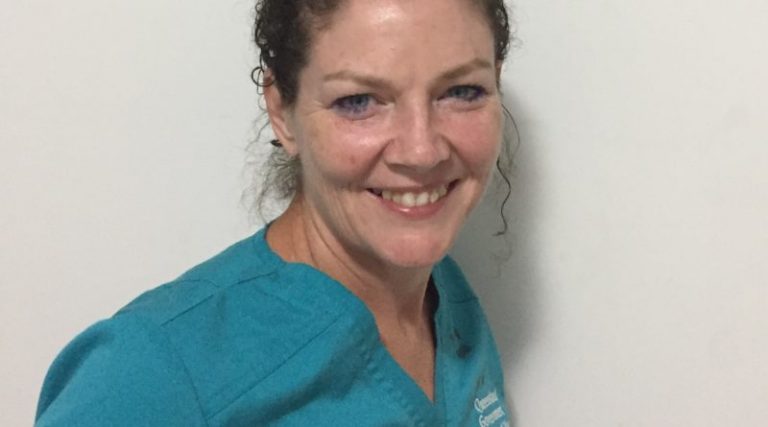 Whilst the majority of Queenslanders have had to endure isolation turmoil at home due to COVID-19, the essential workers have kept the state running and in turn, lived a completely different pandemic experience.

Angie Coleman, from Molendinar, is an emergency nurse, a frontline worker at the Gold Coast University Hospital. For 12 years, she has been dedicating her services to the centre.

When the news of the pandemic hit the whole country, staff were fearful of what might happen, she admits.

“We didn’t know how we were going to cope. If what was happening overseas, happened here. Staff at the hospitals overseas were dying. If you put that on a parallel, it’s a bit scary,” says Ms Coleman.

After the first news of the pandemic, the situation at the hospital was changing every few weeks. There was a special task force that would get together daily. Initially, only people with a fever were tested for the virus, whereas now anyone with any of the symptoms of COVID-19 is examined.

Ms Coleman states that many doors were closed, and people were not allowed to enter certain areas in the hospital. Sanitising stations were put at every entry. A fever clinic was installed outside so that people did not need to enter the centre.

“Numbers were high at the fever clinic, over one hundred people per day,” she says.

The hospital stepped up awareness by implementing in house counselling and peer support. “There was always someone you can talk too and people walking around checking on the staff.”

Like most Australians, Angie’s life changed due to COVID-19 but at no point did she consider not going to work.

“It’s just what I do.  If we all just quit, what would happen? I am fortunate that I still got paid. The hospital never forced anyone to work the frontline.”

Her priority was to keep her family safe. Angie changes her clothes when arriving and leaving work. The uniform goes straight into the wash when she gets home, and she never wears her works shoes in the house.

Angie says that moral at the hospital has improved and that staff are now coping a lot better.

“The public was not going out or socialising with other people, so not as many people were getting sick,” Angie says.

The general numbers at the hospital were down. That gave the staff more time to clean, get things done and not have to deal with the standard hectic life at the centre.

The public has demonstrated appreciation and gratitude to frontline workers like Angie.

“I go to buy a coffee and am told that someone has paid for all the coffees for the nurse for that particular day,” says Angie.

Being an emergency nurse was no doubt challenging before COVID-19 but facing the virus head-on, undoubtedly added stress to the occupation.

Angie loves being on the frontline, being able to help people and would not consider doing anything else.

PrevPreviousForeign students face racism and loneliness over pandemic
NextSmall businesses will be able to apply for $10,000Next