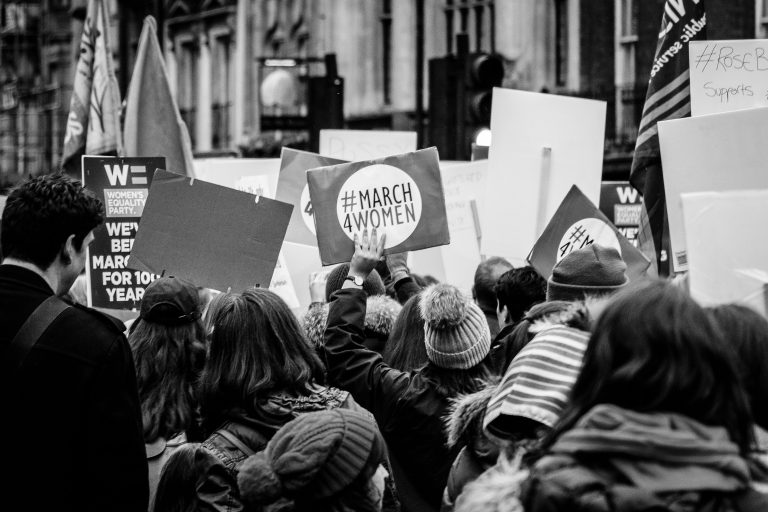 When the coronavirus pandemic hit, Evie’s* former husband lost his job. After running into financial troubles, he moved back with her and their young son until the situation went back to normal. They weren’t a couple anymore, but now they were living under the same roof once again.

Evie’s story may sound familiar to many women. She grew up in a household surrounded by domestic violence. When she thought she had found refuge in another, she married him. But over the course of their relationship, he too would go on to abuse her physically, emotionally and financially.

Sharing the same house for the second time, he continued to manipulate Evie psychologically. As the financial strain of the pandemic increased, so did the abuse. “It feels like you’re walking on eggshells all the time,” Evie said of the abuse. “It makes you question everything about yourself and makes you feel like when there’s a conflict that you’re the problem.”

After the pandemic began and the world went into lockdown, rates of domestic abuse spiked in what has been labelled a “shadow pandemic” of gendered violence. In Australia, findings by the Australian Institute of Criminology suggest that about one in 10 women in a relationship have experienced domestic violence during the pandemic, while one in five has been subject to psychological maltreat and “controlling behaviours”. The same study revealed that more than half of women who experienced physical or mental abuse before the pandemic said their abuse increased in frequency and severity. According to Destroy the Joint, 55 women in Australia were allegedly killed by a male partner in 2020. The group reports that nine women have died this year.

The increased time spent between women and their partners, financial stresses, and isolation from support services are factors specific to the pandemic, which have seen a rise in abuse incidents over the past year. But while the pandemic has exacerbated Australia’s domestic maltreat crisis, the pandemic is not the sole reason why the situation is so dire. Rather, underfunding of essential domestic abuse resources has meant that services cannot meet the demand created by the pandemic. Equally, Australia’s domestic abuse crisis must be understood against the backdrop of a culture of misogyny that permits gendered violence—a culture that runs all the way up to Parliament House.

As the pandemic saw a surge in domestic violence incidents, Prime Minister Scott Morrison announced a $150 million funding package towards domestic violence support services. The introduction of the JobSeeker and JobKeeper subsidies, the latter of which ended last month, also had clear implications for survivors, given the direct link between financial security and incidents of domestic abuse. But domestic violence services were already underfunded and understaffed before the pandemic. As the crisis has worsened, advocates have questioned how services will meet the rise in demand once funding prompted by the pandemic runs out.

“Our concern is this funding is short term, [that] it’s going to end,” CEO of Women’s Safety NSW Hayley Foster told me. “The crisis hasn’t gone away–in fact, the service volume hasn’t subsided, and we’re seeing continual increases in client numbers,” she said. “It is a significant problem…and yet, the size of the investment towards addressing that problem does not reflect that seriousness.”

Ms Foster also expressed concern over how significant gaps in services, particularly for First Nations communities, have been exacerbated by the pandemic. Aboriginal and Torres Strait Islander people experience family violence at higher rates than the general population. They are 32 times more likely to be hospitalised due to domestic violence than non-Indigenous people.

Claire* is a First Nations woman from regional Victoria. Claire told me she is fearful of going out at night by herself and is constantly stalked by people associated with her perpetrator while she works as a train conductor. She has been engaged in a custody battle with her former partner and abuser in the Federal Circuit Court for the past two years. Claire said her former partner has used the pandemic as a reason to withhold her children.

The pandemic directly affected Claire’s ability to access support services, including counselling and mental health check-ups. “The doctors wouldn’t see you unless you’re dying,” she told me. “You call, and they’ll triage you and decide whether or not you should be seen, which kind of made me feel a bit not wanted,” she said.

Hannah*, a survivor and single mother from Victoria, said being isolated from her support networks has left her “very mentally scarred”. Victoria experienced some of the country’s toughest coronavirus restrictions, with Melbourne going into lockdown for over 100 days in 2020. “I have rung Lifeline more times since the pandemic [began] than I have ever rung in my entire life,” she said. Hannah was diagnosed with PTSD, depression and anxiety as a result of her abuse.

Hannah has been in an ongoing custody battle with her abuser for the past 10 years, which she said has been an incredibly taxing process on her mentally. Of the legal process, she told me, “I really would have thought that if you managed to leave domestic violence, then that in itself should be congratulated, but we are treated like the scum of the universe.” Due to the pandemic, Hannah lost her principal counsellor covered under Medicare and has had to pay for counselling for herself and her children out-of-pocket, which has been a financial strain.

Principal social worker at Women’s Legal Service Queensland Lulu Milne said that domestic violence services lack the funding required to meet the pandemic’s increase in demand. “We can’t answer all the calls to our helpline, and I know that even speaking to women that they can be on hold to you while they’re [simultaneously] phoning the crisis line as well,” Ms Milne said. The need to “triage” calls has meant that services are only able to deal with the most imminent crises and are therefore unable to provide the kind of follow up support needed for recovery, she told me.

University of Sydney Associate Professor Dr Susan Heward-Belle agreed that government funding and action towards the domestic abuse crisis have not historically reflected the issue’s severity. “I think it’s probably going to take ongoing advocacy [and] ongoing attention to this issue in terms of holding governments accountable and responsible to protecting women and children, not as some sort of benevolent thing that a government does, but actually seeing that as their responsibility as a signatory to a number of UN conventions that uphold the rights of women and children to live free from violence.”

“You know, I get frustrated,” she told me. “I think sometimes governments—they don’t talk about this as a fundamental human rights issue as much as they should. This is my view.”

Mr Turnbull was correct to suggest that a culture of disrespect towards women is foundational to a culture that permits and enables abuse. But to this, Mr Turnbull and others must now reflect on how the actions of members within Parliament, on both sides of the aisle, have contributed to a culture that renders gendered violence invisible.

In March, I reported on how women across the nation protested against the Morrison government’s handling of rape allegations made by former Liberal staffer Brittany Higgins. In the same month, Mr Morrison repeatedly dismissed calls for an inquiry into a historical rape allegation against former Attorney-General Christian Porter, even though he had not read the allegation. In late March, a Coalition staffer was sacked for allegedly filming himself perform a sexual act over a female MP’s desk. Adding to this, Liberal Member for Bowman Andrew Laming has said that he will not contest his seat at the next federal election following allegations that he took and uploaded a photo of a woman while she was bending over with her underwear exposed.

When I asked Evie what she thought about these recent events, she said there was a clear connection between the “male entitlement” and patriarchal culture reflected in Canberra and the kind of abuse she continues to experience. “I think some of the current government’s attitude towards women is shocking, and I think that the way everything’s been handled has been horrendous,” she said. “But it also shows just our level of, I guess, disengagement and disrespect for women as a nation that we would tolerate that.”

“What [the Morrison government doesn’t] realise though is that everybody is watching them and how they respond to these things shows how people will respond in a workplace [to these issues],” she told me. “If you look at the government, it’s full of white men who don’t experience this stuff, and so they don’t have people around them saying to them: this is my life, and these are obstacles I have to overcome.”

*Not her real name