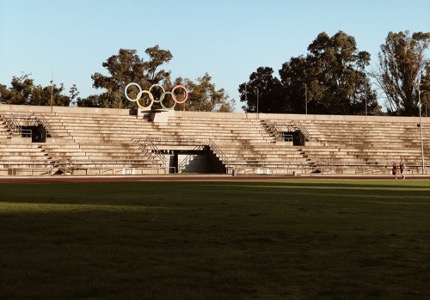 On Wednesday, Brisbane is expected to be confirmed as the official host city for the 2032 Olympics in a vote by the International Olympic Committee in Tokyo. In celebration, the Queensland Government will set up live sites in South Bank, the Sunshine Coast and the Gold Coast where passers-by can watch the vote be handed down.

Once a tough bidding contest between rival cities, the field of competitors for 2032 Olympic hosting rights is notably slim—so slim, in fact, that Brisbane will go ahead on Wednesday as the sole candidate as part of the IOC’s new process for choosing host cities.

The new approach has abolished the overt bidding war that previously determined the next host country. Instead, the “Future Host Commissions” provide recommendations for future venues and, ambiguously, engage in a “targeted dialogue” with prospective hosts.

The reforms ostensibly seek to create transparency in the candidature process and promote the selection of hosts with existing infrastructure in the name of sustainability, which in turn makes hosting the Olympics more attractive to potential hosts wary of the costs.

Sustainability has a dual meaning here—the sustainability of the IOC also depends on cities wanting to host the Games, the pool of which has decreased substantially in the past two decades as the economic toll of hosting the Games has been borne witness to.

The 2004 Summer Olympics, which Athens went on to host, attracted 11 bids; in contrast, only two cities—Paris and Los Angeles—bid for the 2024 Games. Boston and Hamburg withdrew their proposals after local polls indicated strong opposition.

Though sold on the prospect of international spectacle and mass tourism, every host country since 1960 has exceeded its budget by an average of 172%, without any real evidence of long-term economic gains. Added to this, athletes’ villages and stadiums require continued maintenance after the Games end.

The Olympics is undoubtedly an important venue for nations to showcase the athleticism of their Olympians and Paralympians, and for spectators who pay thousands of dollars to see them compete. But as Brisbane prepares to be officially selected as the 2032 host on Wednesday, important questions must be considered: what economic legacies will be left and are we ready to embrace them?

The Queensland Government has contended that the $4.5 billion investment in the Games will see positive economic returns without sacrificing necessary investments in public initiatives. “This is not an either/or situation,” a spokesperson from the Palaszczuk Government told me. “An upgrade of the Gabba would return great economic benefit to the city and the state, while the recent state budget also confirmed record spending on housing, schools and early childhood education.”

Yet some are still sceptical that the Olympics will provide the returns promised by the Government and that $4.5 billion would not be better invested elsewhere. On Saturday, I attended a community consultation meeting held by Greens Councillor Jonathan Sri and Greens MP Amy MacMahon outside the Gabba Stadium, which is set to receive a $1 billion makeover ahead of the Games.

“I think it’s a tremendous waste of money, and I think it’s telling that very few other cities wanted to host,” Mr Sri told me. “I am concerned that the government spends billions of dollars on sports infrastructure that we don’t necessarily need, when that money could instead go towards public housing, public education [and] community facilities.”

Paul Clark, who attended the meeting out of concerns that nearby Raymond Park would be turned into a training facility and increase congestion, said he did not believe that the benefits would outweigh the costs. “I can’t see who [the Games are] for,” he said. “It makes sense to the politicians, but it doesn’t make sense at the community level.”

There is an inherent economic risk in bidding for hosting rights, as any overruns in Olympic budgets are covered by host cities and their governments, not the IOC. At the cost of $21.8 billion, it is expected that the Tokyo Games will exceed the allocated budget of at least 200%, with costs ballooning due to the event being delayed due to the coronavirus pandemic.

Over-expenditure in the Athens 2004 Olympics contributed to Greece’s debt crisis and fuelled Brexiteers’ calls to leave the European Union, with many of the venues remaining unused and fenced off today. The 2016 Rio Olympics plunged Brazil into $US13 billion in debt at a 352% overrun.

Five years on, Rio’s crumbling graffitied venues are reborn in macabre online slideshows of the world’s abandoned Olympic stadiums—and decried by those once evicted from favelas to make way for their construction. In Russia, the 2014 Sochi Winter Olympic Games cost $30.1 billion, with a cost overrun of 289%. (It is not surprising that the IOC has a “strategic proximity” with authoritarian countries, as an Axios piece documented, given that autocrats can ignore local dissent concerning Olympics-related spending).

Brisbane was chosen by the IOC in part because of Australia’s comparatively positive economic outlook and existing sporting infrastructure. But in a paper released this year, Flyvbjerg, Budzier and Lunn warn of using current economic prosperity as an indicator of a country’s capacity to host the Olympics in years to come. They write:

“When Rio decided to bid for the Olympics, the Brazilian economy was doing well. Now, almost a decade later, costs were escalating, and the country was in its worst economic crisis since the 1930s with negative growth and a lack of funds to cover costs. This is a common pattern due to the cyclical nature of recessions: if the economy had high GDP growth when a city decided to bid for the Games, which is typical, then during the seven to 11 years until the opening ceremony, the economy is likely to weaken…”

The public, they continued, “cannot count on the organisers, the IOC, and governments to provide us with reliable information about the real costs, cost overruns, and cost risks of the Olympic Games.” The authors concluded with a recommendation: “finally, and perhaps most effectively, prospective host cities could mitigate their risk by simply walking away from the Games.”

Aside from a legacy of public debt, the Olympics also gives way to another legacy—gentrification. Dr Peter Walters, a lecturer for the University of Queensland’s School of Social Science, said redevelopments around Olympic sites accelerate gentrification by increasing property and rental prices, which in turn causes the displacement of low-income residents who can’t afford to live in them anymore. Following the 2000 Sydney Olympic Games, Sydney experienced increased development, resulting in higher evictions of low and middle-income renters, increased rental prices, and decreased housing affordability.

Dr Walters also speculated that hosting the 2032 Games could see vulnerable populations be pushed out of urban areas for optics purposes.

“It’s an international spectacle and there’s a lot of political and economic capital in showing off your city to the world,” he said. “The homeless, the marginalised, the mentally ill, the Indigenous, those that live on the edge of society often live in the city—those people are sanitised [and] moved out of sight to make the city look acceptable to an international audience.”

Both Mr Sri and Ms MacMahon raised concerns over gentrification, with Mr Sri suggesting that the Olympic venues be used as public housing once the Games are finished. Mr Sri said Brisbane should not merely convert infrastructure into affordable housing, as London did by transforming a quarter of the athletes’ village into cheap accommodation.

“I think that if the Olympics does go ahead, the best-case scenario is to push for an Olympics that as much as possible is a sort of anti-capitalist Olympics,” he told me. “So that might lead to the athletes’ village becoming public housing, rather than for-profit housing afterwards,” he said. “This is an opportunity to use the Olympics as a catalyst for the kinds of positive public infrastructure we really need.”

On Sunday, Premier Annastacia Palaszczuk left for the Tokyo Olympics to secure Brisbane’s hosting rights, despite a petition garnering 130,000 signatures calling her not to do so, citing the Premier’s calls to limit the number of international arrivals. In Tokyo, the Premier was greeted in the context of an Olympics that is largely unwanted by its people. Caught within major economic and health crises, a poll released in May of this year revealed that more than 80% of Japanese people opposed holding the Olympics this year—43% of which wanted the Games cancelled altogether. Yet IOC President Thomas Bach has maintained that the Tokyo Games, which has already recorded its first COVID-19 case in the athletes’ village, is “safe and secure”.

At home, it is difficult to say whether Australians are supportive of Brisbane’s bid and if they will still be in a decade’s time in what will likely be a different economic context than today, and where costs will no doubt exceed the projected figures. Despite the IOC’s push for prospective host cities to hold a referendum on hosting the Olympics, Brisbane did not submit a vote to the people. Indeed, Ms MacMahon was troubled that the Federal and Queensland governments were going ahead with their bid without having received consultation from the community.

“The community has never been asked whether they want to host the Olympics,” she told me. “We’ve never been asked if a billion dollars to refurbish the Gabba Stadium is a reasonable spend of money.”

In March of this year, Prime Minister Scott Morrison stood in front of wood-panelled walls embossed with the Commonwealth Coat of Arms to virtually address the IOC. “Every level of government in Australia is working together to deliver Brisbane 2032,” he told the committee. “We will leave nothing to chance as we work with you during this period of targeted dialogue,” he said. “We will be a certain partner in uncertain times.” Unopposed, Brisbane will almost certainly secure hosting rights for the 2032 Games this Wednesday. But as countries worldwide recognise the economic toll of hosting the Olympics, backlit by the worst global recession since World War II, perhaps in the end, such certainty is more revealing than it is a cause for celebration.