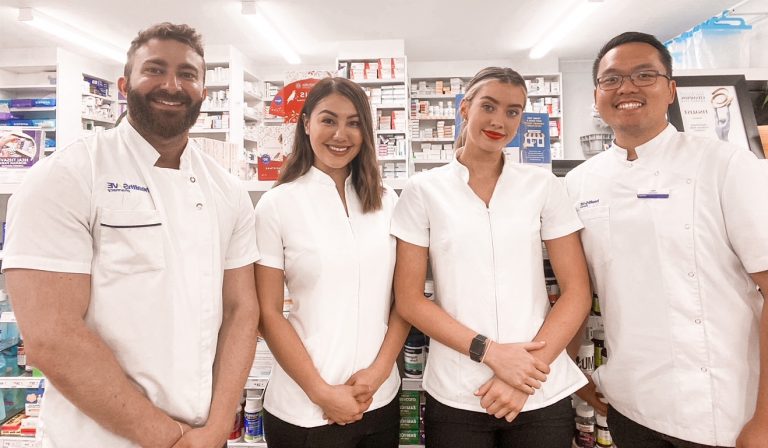 “In times of fear and uncertainty, it is even more essential to lead with empathy and courage and to demonstrate that even in a seemingly desperate situation, there is always enough to go around for everyone if we look out for one another and redistributed resources.”

The testimony comes from Jenny Ravenswood’s heart, the pharmacist proprietor of HealthSave Norman Park Chemist, who led a joint effort to donate 3000 face masks to the Brisbane community.

“Every team member embodies our business core value of servitude, and donating the face masks was an instinctive executive decision to make and positively welcomed by all,” she said.

“We were all more than pleased to have given back to the wonderful community that has supported us throughout this challenging year.”

Ms Ravenswood took note of the situation after her colleague and resident, pharmacist Alan Nguyen, brought to a conversation a local issue posted on social media.

In the post, Councillor Kara Cook (Morningside Ward) warned that Brisbane City Council bus drivers were not being provided with face masks for their protection whilst performing their jobs.

“Being frontline health workers during the pandemic, we shared their concern and understood the urgent need to help them. So that afternoon, we decided to do something about it,” Ms Ravenswood said.

In a few hours, the chemist staff managed to gather all the facemask stock they could spare for appropriate distribution to bus drivers and other community members in need.

It is in their blood

As bushfires unfolded in January, the chemist team stepped up in leading a meeting with their industry peers.

“Owner Hannah McTier of Blooms the Chemist Kenmore and Mount Ommaney and Owner Lynette Buchan of HealthSAVE Calamvale Pharmacy quickly responded to our call and acted with us immediately,” tells Ms Ravenswood.

“Within 24 hours, altogether, our four stores donated over $4,000 worth of essential pharmacy items such as electrolytes, eye drops and eyewashes to the NSW Rural Fire Brigade, which I drove down to the Chinderah Bay Collection Centre.”

“Business success without fulfilment is a failure to me, and fulfilment to me means real peoples lives are positively and profoundly impacted.

“Throughout one of the most testing years of my career, I am immensely proud of my compassionate and actively engaged pharmacy team, industry peers and community representatives. They consistently strive to be of service to our community and one another,” states Ms Ravenswood.