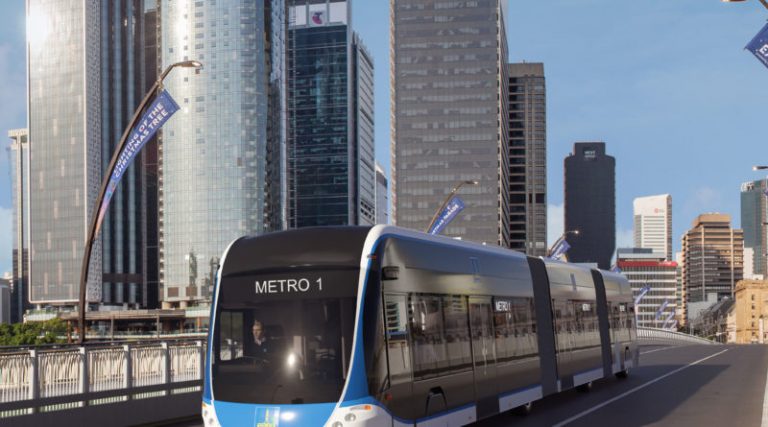 In a bid to address the rising traffic problem in Brisbane, the City Council announced it will introduce 60 electric metro vehicles to the region.

The move comes as part of the Council’s wider project “Turn Up and Go”, which aims to improve the city’s transportation infrastructure.

The $944 million project promises to cut travel times by up to half, through providing three-minute- interval services, promised Lord Mayor Adrian Schrinner.

“Flash charging technology at each end of the route will recharge the vehicles in just six minutes, meaning passengers will get home safer and quicker in a Metro vehicle with no tailpipe emissions,” said Cr Shrinner.

The Metro is also environmentally friendly, as it is estimated to save 50,000 tons of greenhouse gas emissions over the next 20 years.“I think the people of Brisbane will be very excited about these vehicles, and proud that their city is taking a positive step to cut vehicle pollution,” added Cr Shrinner.

The vehicles are designed to maximise the intake of passengers to reduce wait time. Each Metro vehicle will be 24.4 metres long and 2.55 metres wide to carry 150 people. They will feature a three carriage design, with four large double doors and a fully segregated driver’s cabin.

The vehicles include USB ports and free Wi-Fi for all passengers, a low floor from front to rear to improve accessibility and a panoramic rear window to showcase city views.

Among other major benefits for “Turn Up and Go” will be employed, as the project promises 40 jobs for Brisbane locals. However, the project still has to go through several steps prior to its implementation. A pilot Metro vehicle will be delivered to Brisbane by 2020 to be tested for local operating conditions.

This will be followed by 59 Metro vehicles, all fit-out and finished at Volgren’s Brisbane base at Eagle Farm. This local element to the building process was part of the project’s objective.

“This is an absolute gamechanger,” Cr Schrinner said. Stage 1 of Brisbane Metro will provide a 21-kilometre service connecting 18 stations along dedicated busways between Eight Mile Plains and Roma Street, and Royal Brisbane and Women’s Hospital and University of Queensland. Stage 2 may see services expanded to Carindale in the South East and to Chermside and the Airport in the North. The project is set to conclude by 2023.