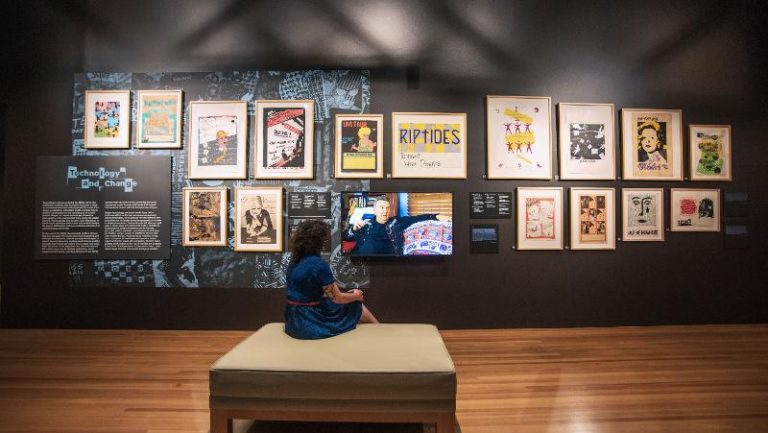 Music aficionados have free entrance at “Cut Copy: Brisbane music posters 1977–87”, on display in the State Library of Queensland.

The exhibition guides the visitors into the city’s subversive youth culture of the time by exploring handmade music posters and pamphlets that promoted the independent music scene.

Bands like The Saints, The Riptides, The Go-Betweens, The Leftovers, The Upsets, Razar and The Black Assassins have their place in the exposition.

The whole material was mined during a research project carried out in 2017 by QUT Creative Industries music lecturer and former Go-Betweens member Dr John Willsteed.

“I put out a call on social media for posters relating to music – bands, venues, festivals etc. The focus was on Brisbane, and it has been a lot of fun, not least because the period is one in which I first began playing music,” he says.

“About 350 posters were donated, and with research assistant Alan Boyle, a comprehensive document was developed – bands, venues, dates, designers and so on.

“I have been consulting with the curators as well as supplying extra content for the exhibition (music, interviews, footage, contacts and context). Robyn and Reuben [curators] also drew on the existing State Library collections as well as subsequent donations.”

“Brisbane’s conservative climate at the time sparked a rebellious youth culture. Bands thrived, and music posters became a creative outlet for youth which now give a snapshot of the mood of those years,” she said.