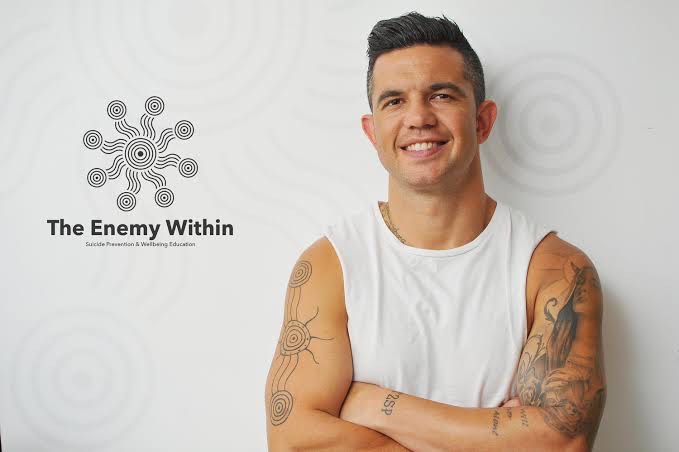 By bringing their unique perspectives, traditional and contemporary knowledge, products and services, First Nations digital influencers have long been building their fan base.

Over the last five years, this “grassroots trend” has increased the popularity of Aboriginal and Torres Strait Islander specific content on the Internet and gaining the attention of international media.

Joe Williams, a proud Wiradjuri/Wolgalu man, is a massive user of Facebook, Instagram, Twitter and Linked In. Mentor, healer, inspirational speaker, he is also the founder of The Enemy Within.

“I use each platform for different reasons, both personal and professional.  I maintain an up to date Linked In profile to foster business connections and keep up to date with trends in the employment market.”

“I also use Facebook and Instagram to bring attention to the work I do in communities.  I also use my online platforms to keep in touch with friends and family and to highlight injustices and racism that many First Nations people still experience today,” Joe said.

A report called “Social Media Mob: Being Indigenous Online”, conducted by Macquarie University in 2018 showed that 88% of respondents have seen examples of racism towards Indigenous people on social media.

Participants often expressed mixed views about being ‘openly Indigenous’ on social media. Just over half (52%) of survey respondents indicated they had been intentionally selective with what they post on social network sites in regard to their identity. According to the report, the vast majority claimed they were selective because of the negative reactions that Indigeneity could provoke from some other social media users.

Despite fear and intolerance, it is a consensus that more Aboriginals are staying connected and actively supporting each other in business and in life. As Mr Williams highlights, Social Media has become an “extension of how we are already working and existing together.”

“With my page, I hope to continue to provide an online presence and voice to help people get the help and support they need – when they are struggling or even just to maintain balanced wellbeing as a preventative to the high rates of suicide we experience in our communities.”

Through connecting users to friends, family, information sources and professional services, social media has become a significant avenue for both seeking help and providing help for a range of issues, including employment, housing, parenting, economic opportunities, relationship advice, wellbeing and legal services. This is a positive point highlighted in the university’s survey.

“Social media provides a platform for First Nations people to have our say.   Historically,  media has not been great representation for Aboriginal and Torres Strait Islander people and social media helps us mob tell our side of the story and helps both highlight injustice and also promote the positive work we do out in the world on a daily basis,”  Mr Williams said.

“I felt this particular group was a necessity for our mob due to having the highest rate of suicide in the world.  People are out there suffering from mental health which can lead to suicide.”

“I created this group for our mob because we experience the world very differently to non-indigenous peoples.  We have traditions and protocols specific to us like ‘Sorry Business’.”

“Our mob know how to love and care for one another, so I thought why don’t we come together, help each other out, provide advice and information and support.  The administrators and moderators are also First Nations People,” said Ani.

The whole idea behind Anis’s online group was to reduce the suicide rates among her people and assure that “there are others out there feeling the same way as you and experiencing the same things as you.”

In the university’s research, 48% of respondents said social media made them feel more likely to be able to identify someone at risk of self-harm or suicide.

“I am hoping the page I created becomes a place where our mob can speak about their troubles and not feel ashamed or anything. Particularly our men. Having grown up with 4 older brothers and my father, I see the difficulties with men believing they’ve got to be tough all the time and not talk about their problems. Society has conditioned them that way to not speak up or be open about their emotions.”

The First Nations Mental Health Support Group on Facebook started a week ago and already has 200 members.

The relevance of Social Media for First Nations people, in particular, makes that 79% of their members are politically active online.

“Of course there are pros and cons to social media and we still face racism and harassment online.  It’s particularly difficult when January 26th rolls around. People tend to behave very badly online when they may not normally do that in person, so that’s something we have to be aware of and take regular breaks from it to keep ourselves well,” explained Ani.

“We are the most incarcerated people’s in Australia and we have a very high rate of deaths in custody.  Media in Australia tends to be one-sided in that regard and social media gives mob a chance to balance that out and give our perspectives as well as document the real story.”

Other pages such as ‘The Yarning Circle’ and ‘My Murri Kitchen’, ‘Blackfella Revolution’, ‘The Angry Indigenous Who Meme’s’, ‘Feminism and Decolonisation’ and ‘Black Feminist Ranter’ have carved a niche for themselves online, but have also made a lasting impact on social media by bringing diverse voices into the mix.