Menu
PrevPreviousVaccine will be anticipated for patients over 50
NextSport and recreation clubs can apply for $2,000 in grantsNext 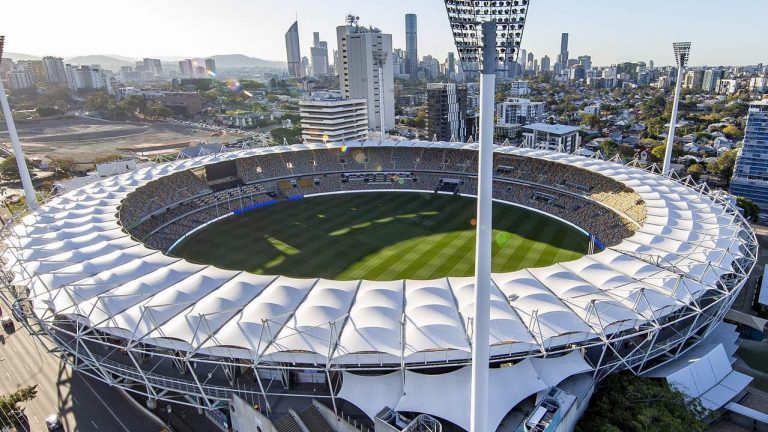 Gabba Stadium has been revealed as the main arena for the 2032 Olympic and Paralympic Games in case Queensland receives the green light to host the event.

The plans for one of the oldest sports venues in the state involves an upgrade in its capacity to around 50,000 and a new pedestrian plaza linking the stadium to the Cross River Rail station.

Premier Annastacia Palaszczuk said that factors such as location, history and infrastructure facilitated the choice for the stadium. However, continuous support of all levels of government, including the Commonwealth, is needed.

“Every game needs a home,” the Premier said.

“The Gabba has been home to our sport since 1895. A home for the 2032 Olympic Paralympic Games could be its crowning glory.”

The Premier said the pedestrian plaza could become a games hub of its own with concerts and even medal presentations.

“I can see the river lined with people watching big screens all taking part in the fun and excitement of the games,” the Premier said.

“There’s South Bank leading to West End, which is connected to Roma Street via the Kurilpa Bridge with a new bridge under construction for the new Queen’s Wharf development.

“There are city cats offering even more options for transport. All of this is infrastructure we already have.”

Minister for Sport and Minister Assisting the Premier on the Olympics Stirling Hinchliffe rejected the possibility of having a white elephant in Brisbane following the development works.

“It’s used on average for 40 weeks of the year with major sports played in summer and winter including international sport,” the Minister said.

The Gabba would join Cairns, Townsville, the Sunshine Coast and the Gold Coast as games venues with 85% already built.

Lord Mayor Adrian Schrinner said he welcomed the redevelopment of The Gabba as the main stadium for the 2032 Olympics and Paralympic Games.

“Counvestment in the Brisbane Metro will help move tens of thousands of people to the doorstep of this venue, with capacity for high-frequency, 24/7 trips,” Cr Schrinner said.

“The Kangaroo Point to CBD Green Bridge will also provide an active travel link direct from the stadium precinct into the heart of the CBD where residents and visitors can shop, dine and support our local businesses.

“With the Gold Coast’s Carrara Stadium in consideration until recently, The Gabba is the right choice for the 2032 Games and will also benefit countless major events over the decades to come.”

PrevPreviousVaccine will be anticipated for patients over 50
NextSport and recreation clubs can apply for $2,000 in grantsNext