Have you heard about “Tips From a Blind Man”? 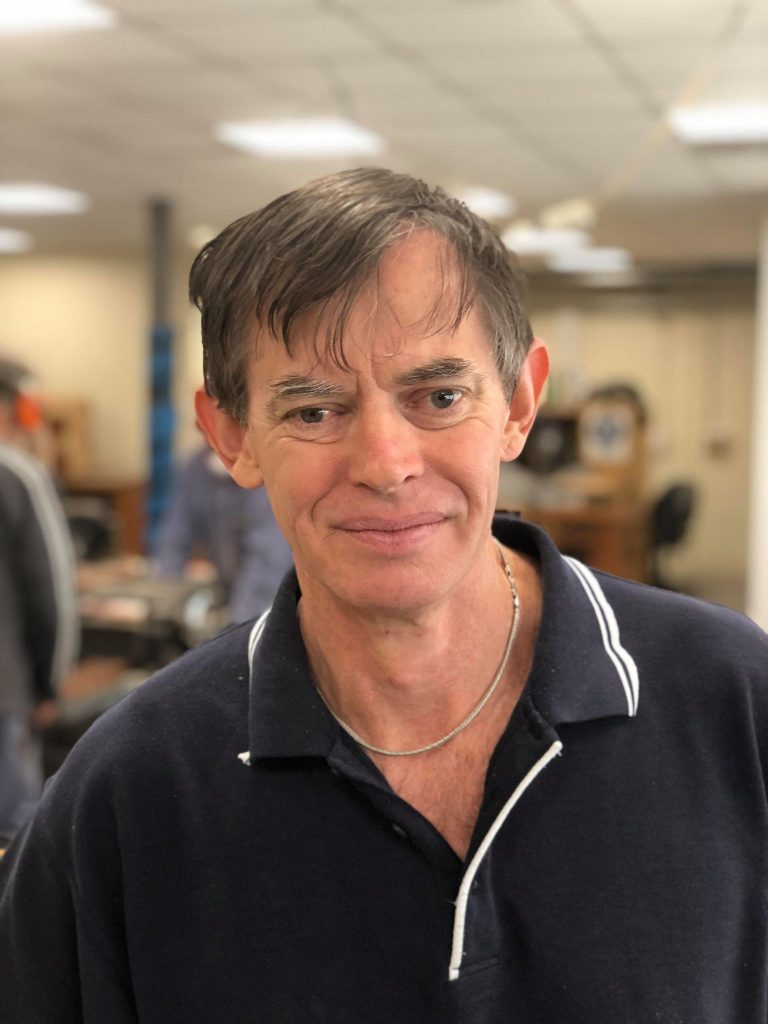 A Facebook page titled #tipsfromablindman has been gaining the attention of the public interested in the routine of Brian Haupt, 53 years old.

Haupt has Retinitis Pigmentosa, a severe condition that affects his eyes since he was 26 years old. It is not only a decrease of vision at night but also loss of side image as time goes by.

“It’s like having your head in the middle of the milky way whether your eyes are open or not. I have a terribly bad fog. And, it is getting worse,” he explains.

A couple of years ago, in a local shopping centre, he experienced that the general public was not aware of how to communicate or interact with vision-impaired people.

“They [the public] would stand in one spot and say nothing.  I would bump them because they were quiet.  So, I placed a post on Facebook to let people know of a solution and a person who had read it suggested I keep posting some tips. Therefrom, I created a Facebook page.”

The tips are posted once a week, always on Wednesdays. They are facts about his general experiences in life, including obstacles, interactions with other people and the technology he uses.  In a recent post, for example, he explained how having a good memory is an ally of his routine.

“Being blind means I need to have a good memory as to what I use and where I leave it. Many times, I have pulled something out of the freezer or fridge, taken from the container what I required, and forgotten to put the remainder back to where it came from, then found it the next day. Either melted or warm. Same as lights. I’ll have a Zoom call or a visitor late in the afternoon or night. Turn a light on and realise a day or days later they are still on. I try to put things in a regular place, so I know where they are”, he wrote.

Another very popular post was related to the technology he uses in his daily life. “I have an App on my smartphone called Be My Eyes. This App allows me to connect with someone who is sighted on their computer at that time. They see on their computer through my camera and they can tell me what they see. I am able to verbally communicate with them and I can have them helping me to choose clothes, reading my mail, helping me to find something I have misplaced, or even navigating an obstacle in a place.”

Haupt’ tips have generated engagement from other vision-impaired people and carers. “I also receive some solutions from carers. But that is not the reason for me posting, because I already know the solution.  I have received many comments from the general public complimenting me on posting”, he says.

Haupt assumes that one of the main difficulties that people with vision loss face in their daily lives is when an obstacle has been placed on the way they know is usually clear. Or the excessive sound when they are in an unfamiliar area.

“I try to be as independent as I can.  Sometimes to my own detriment! However, I am learning to ask for help. I have met a lot of sighted people and taught them how I like to be guided when they tell me they have not done it before”.

According to Haupt, communication can facilitate the way human beings (sight, vision-impaired or blind people) relate.

“When we were children we were told not to talk to strangers or to stare.  Then, we grow to be adults and we have to talk with strangers and observe their body language.  We will be better when people feel at ease asking questions to clarify their queries. I believe that education is the key.”

Haupt currently lives by himself in Annerley. He works as a client sourcing agent for a commercial cleaning company, besides having an E-commerce home delivery website (www.groceriesforhealth.com.au).