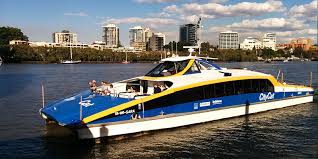 A new generation of double-decker CityCats will be launched in Brisbane and retain the indigenous names of retired vessels.

Brisbane City Council launched the first new Next Generation CityCat Yoogera in November 2019 and the second, Neville Bonner, in August 2020.

“The Schrinner Council Administration is excited to be getting closer to launching our third Double Decker CityCat in the coming months. The introduction of a new vessel marks the retirement of an older first-generation ship.

As vessels retire, we don’t want to see the traditional custodian names lost forever, and so the new vessel will adopt the retiring vessel’s name and be called Mianjin II.”

Cr Murphy said retaining the indigenous names on CityCats is important for continuing a tradition started when the CityCats first launched in 1996.

“These indigenous names date back to the Soorley Administration and are extremely significant for Brisbane. The tradition of having indigenous place names has continued as the fleet has grown over the past 25 years.

The list of names was originally curated by a Council historian who worked with the Indigenous community to develop the plan, which we continue to be guided by today.”

Cr Murphy said council reached out to Indigenous peoples for their perspectives on naming the new vessels but received no response.

“With the introduction of Double Decker CityCats, and new vessels requiring names, we contacted four Traditional Custodian Representatives, but despite reaching out multiple times, we did not receive any feedback.

We respect their right not to be involved and will continue to use the naming custom introduced by the Soorley administration.

Any suggestion we didn’t engage with traditional custodians on this is false and misleading, we are following the long-standing custom of using Aboriginal place names to ensure the cultural and historical significance isn’t lost as the CityCat fleet evolves.”

Features of the new vessels include: