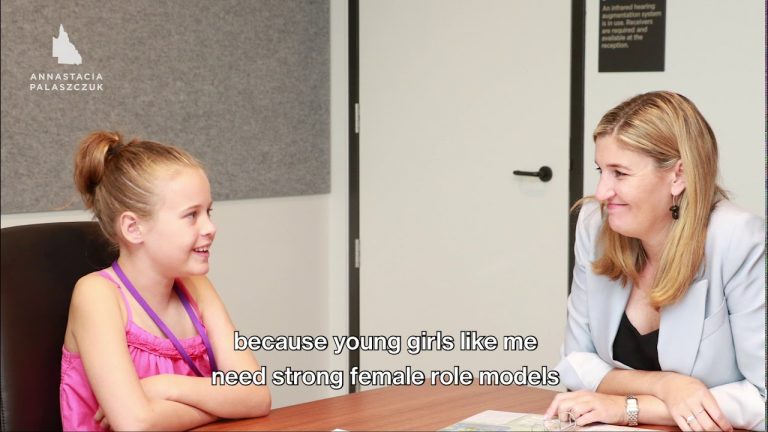 Malia Knox and her mother, Kelley Knox, were walking around Sherwood Arboretum Park last year when the nine-year-old noticed how few plaques were dedicated to women than men.

After doing some research, Malia and Kelley realised that only two public statues in Brisbane represented non-royal women—women’s rights and labour activist Emma Miller, and Lady Diamantina Bowen, the wife of the first Governor.

A mere 3% of Australia’s statues are of women, indicating what some call the existence of a “bronze ceiling”.

Following this discovery, Malia started her campaign for “FemaleFaces4PublicPlaces”, calling for stronger representation of women in Queensland’s statues, plaques and pictures.

In January this year, Malia met with Queensland Attorney-General Shannon Fentiman MP to discuss her petition and was invited to speak at Parliament House earlier this month.

In a speech delivered to Parliament a fortnight ago, Premier Annastacia Palaszczuk announced the framework for considering proposed monuments on public land would be amended to consider “inclusion and diversity principles”.

The premier applauded Malia for her petition, which garnered almost 800 signatures.

“I want to thank the attorney-general for raising this with me and Malia especially for your very strong advocacy,” Ms Palaszczuk said.

Malia was “excited” by the premier’s announcement and said that it is important for young girls to see themselves as women represented in public spaces.

“It makes me feel sad because it should be equal, and I don’t want young girls to think that men are more important than women.

“There should be more statues, pictures and plaques, so that young girls like me have strong female role models to look up to and also learn from,” she said.

Malia also said that she hoped to see Aunty Recheal Daley recognised in a statue for her work as Australia’s first female Aboriginal train driver.

Maiwar Greens MP Michael Berkman, who sponsored the petition, congratulated Malia and said he chose to support her advocacy after learning the “dramatic underrepresentation” of women in Queensland’s public monuments.

“We know that patriarchal structures and gender-based discrimination have historically facilitated, emphasised and rewarded the achievements of men over women.

“Structural, ground-up change to address this is essential, but representation can also play an important part, by showing young people that women can be important achievers.

“I’m really proud to represent astute and passionate kids in my electorate like Malia, and pleased the Government has responded to her campaign,” he said.