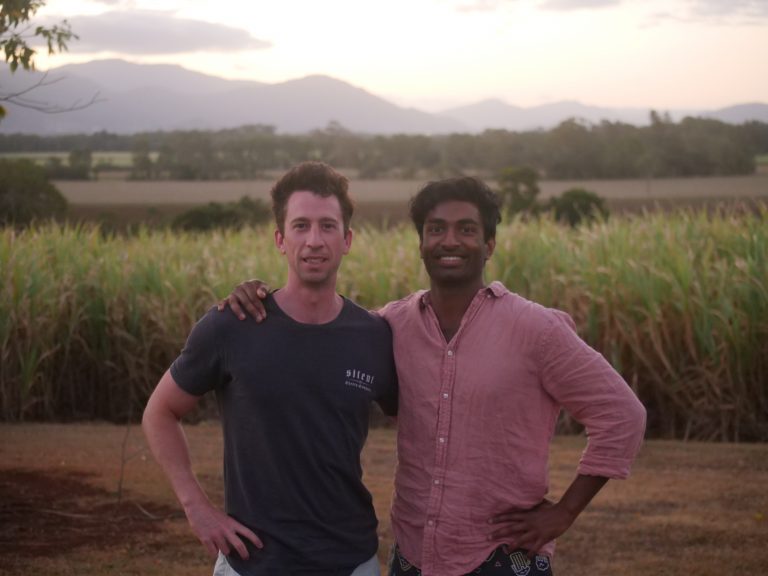 A year ago, almost to the date, the World Health Organization (WHO) director-general, Tedros Adhanom Ghebreyesus, officially declared COVID-19 a global pandemic.

At the time, Australia mourned its first Coronavirus victim. The spread of the diseased demanded an equally rapid response from governments across the world. A week later, a 14-day quarantine requirement for arriving travellers was implemented as Australia paced itself for a nationwide lockdown.

According to the Australian Bureau of Statistics (ABS), the unemployment rate increased from 5.2% to 7.5% between March and July 2020, respectively. More than one million Australians requested welfare financial support provided by the government.

Among those receiving federal assistance was May Blandi. Yet, as the saying goes, in chaos lies opportunity. Forced into JobSeeker at the beginning of 2020, the engineer decided to chase an old dream: start a company with a university friend, Lachlan Hill.

While walking through the aisles of a hardwood store, the duo took notice of cleaning products’ pattern composition.

“We were trying to get inspiration and come up with an idea for our business. We realised that the typical cleaning product is 95% of water, and soap is the same. From that point on, we thought: everyone is using and throwing away so much plastic at the moment. And the recycling rate for plastic in Australia in 9%”, says Mr Hill.

Thus, originating a company with the mission to make conscious consumption mainstream, Tirtyl, and its first product, the World’s Smartest Hand Soap.

“We basically had a look at the ingredients of our favourite soaps, subtracted the water and added a few little ingredients to help the tablet come together”, he explains about the dehydrated tablet to which consumers add 250ml of tap water to create foaming.

The business partners have been selling a100 kits a day and have to expand their selection. “You can take the water out of almost everything – hygiene and cleaning products, even with mosquito repellents. So, there is quite a bit of scope”, he shares.

Another entrepreneur during pandemic times was Ivan Mysiv. The 360-degree photographer and videographer had been postponing the plan of starting his own business since 2018. “Back then, I was living in Melbourne and working as a delivery driver. I did not have a time and opportunity to launch it”, says Mr Mysiv.

“In November 2019, I was offered a job as Bus Operator in Brisbane. It was my dream to live here, so I didn’t hesitate – I packed and moved here with my family, and it all happened just two months before the pandemic started”, he recalls.

When the pandemic started, so did the photographer’s venture. “With restrictions to travel interstate, I was contacted by a company from Melbourne to shoot real estate virtual tours of properties in Brisbane. To be able to do that, I was required to have my own business, that is when I launched Creative 360”, he says.

The videographer, who wishes to popularise this technology to present virtual reality businesses, forecasts an optimistic year.

“I believe 2021 will be better because the vaccine will be distributed soon, borders will reopen, and people will start to move at least interstate. This will boost local hospitality and tourism businesses, that will boost my business as well”, he hopes.

To learn more about the companies, access their websites: Tirtyl and Creative 360.