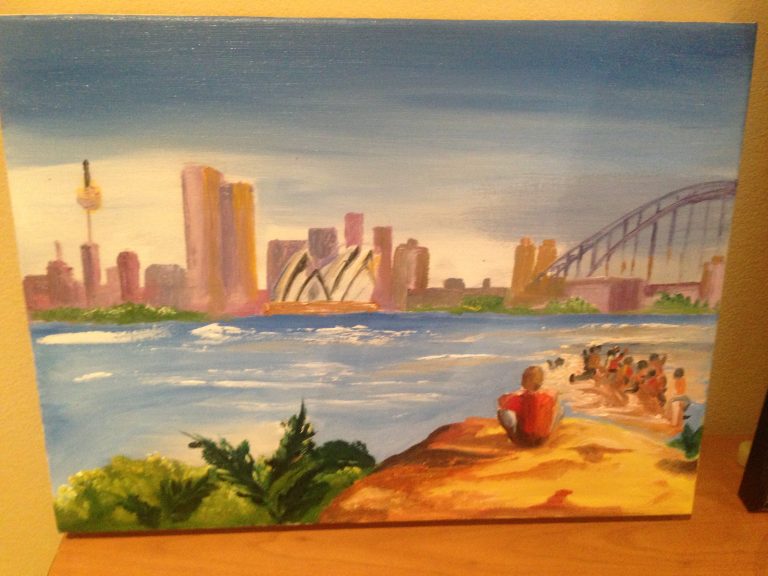 On June 21, 2012, Imtiaz Ali clung desperately to the side of a capsized boat, about 200 kilometres northwest of Christmas Island. Mr Ali had been floating in the Indian Ocean for 72 hours. He was fifteen years old.

Three days earlier, his boat had departed Indonesia with some 250 refugees; all of whom shared a common dream: starting a new life in Australia.

A life unencumbered by the horrors of war. A life free from terrorism and its ideology, similar to the one Mr Ali once had in his home country of Pakistan. “I had a good little family,” Mr Ali said.

“Me and my mother and father and my grandparents were all together in a small house. I had a lot of great connections with this house.”

In the blink of an eye, the situation would change irrevocably for the fifteen-year-old.

The United States’ war in Afghanistan was causing significant destabilisation in the region, and by 2012 sectarian violence had displaced thousands of innocent civilians.

“After America invaded Afghanistan, all those little things came to Pakistan, and the Taliban wanted to take over our home town,” Mr Ali said.

“This was when they started targeting young people because they thought they were going to use them and recruit them for their own disgusting plans to destroy and kill innocent people.

“Once they targeted young people, suddenly my house, where we were all living together, got targeted by an artillery shell and it destroyed our house.

“We fled from the house to take shelter and safety. This was when my dreams were shattered. I stopped dreaming about a future life.”

This juncture point would be the catalyst for the beginnings of Mr Ali’s new journey.

“My parents helped me to go to Afghanistan – I couldn’t go to another city in Pakistan because it was surrounded by Taliban,” Mr Ali said.

The beginning of his journey

Mr Ali travelled north into Afghanistan to seek safety before finally entering back into Pakistan near the Peshawar border. His parents were waiting for him with a passport and plane ticket to safety.  “I’d never been to an airport in my life,” he said.

“I went to the airport and customs said, ‘you’re fifteen years old’. I told them I wanted to go to Malaysia for a visit.

“Once I made it through Malaysian customs, I rang a people smuggler who managed a small speed boat to go from Malaysia to Indonesia in the night.

“It took us three hours to cross the border – we were chased by customs, but the speed boat was too fast. We crossed the border and successfully entered into Indonesia.”

Once inside Indonesia, the people smugglers took Mr Ali – along with 22 others – to a small unit in Jakarta where they would live like prisoners for one month.  “We slept on a concrete floor,” Mr Ali said.

“When I rubbed my skin, all my hair would fall off because there was no access to sunlight and we couldn’t go outside.  “I was very scared, but I managed to maintain my personality with all those other people.”

After one month, Mr Ali was told that another boat was ready and could to take him to Christmas Island – an Australian immigration detention facility.

“We didn’t think we would make it through the Indian ocean and reach our destination, which was Christmas Island.”

Mr Ali’s boat travelled through the Indian Ocean for three days before the captain realised they were lost. The passengers and crew were about to endure a horrifying ordeal.

“The captains – who were three Indonesian crew captains – they were confused because we were stuck in a shallow place where there were small islands,” Mr Ali said.

“We were stuck for about three hours before they managed to get out of the shallow waters.

“We were trapped in the basement of the boat where there was just water and no food for three days.

“On the fourth day, in the morning at 4 am, things got very bad. There were huge waves and it was raining.

“We made 14 distress calls to emergency services through a lifeline. They were asking for a location, but we had no idea where we were.

“I found myself in the water. I started whistling and asking for help – I thought someone was going to hear us and come and help. Everyone was crying and trying to stay on top of the water.

“That was the first time in my life that I was swimming, or floating in the ocean. At that time I took my jeans and shoes off because they were getting so heavy.

“We swam to the boat and all the waves were hitting us. I would go unconscious for a few seconds, and then find myself in the water again.

“For 16 hours we held onto that boat, struggling with the waves, and helping each other. Everyone was so desperate to survive.

“I was thirsty [and] I was suffering from hypothermia and sunburn.

“Around 2 pm everyone was quiet and thinking about their life. I was thinking, ‘I just want to speak with my Mum and my family’. Just one word, nothing else.

“During this time I never cried. I motivated others on my boat that something will happen.”

After floating helplessly 16 hours, Mr Ali spotted a plane in the distance. He hoped it was his saviours scanning the waters for survivors. Bright lights flashed from the plane, which Mr Ali believed was the flash from a camera. The plane flew overhead and into the distance.

“After half an hour, a huge shipping container was coming towards us,” he said.

“The shipping container came right next to us. They threw some ladders and ropes to climb, but they were very high.

“Some people managed to climb through ropes and ladders, but we missed that opportunity because the shipping container couldn’t stop. It was too heavy and too large.

“It was moving slowly, slowly and disappeared.  “We were only 15 people left on the boat.”

During this time, Mr Ali realised his English teacher from Pakistan was one of them.

“He fell from the rope and couldn’t climb back up. He went under the shipping container and I never saw him again.”

The despair was overwhelming, but Mr Ali never lost hope. The torturous ordeal would soon come to an end.

“I spotted a small speed boat far away – I blinked and thought I was dreaming,” Mr Ali said.

“[An] Australian Navy speed boat came close to us, and the Navy personnel stuck his hand out and said, ‘hold my hand, mate. You’re safe now, we’ve got you’.

“I took his hand and he pulled me into the speed boat.

“They took us to the huge warship.

“A lady, who had a large jacket, took it off and gave it to me. This is when I cried.

“The humanity, the compassion, the generosity I saw. Since that day I decided I would give back to the [Australian] community.

Mr Ali’s journey is a story that many refugees share. A story that is rarely told by the mainstream media.

The Australian Catholic University at Banyo, however, has created a program to enable these stories to be told.

The program, called NOH (Narratives of Hope), is a unique program that gives people from marginalised groups a voice through storytelling.

The NOH program provided a platform for Mr Ali, and many others, to speak about the challenges they have faced, how they have overcame them, and what their hopes were for the future.

When Mr Ali first heard about the program, he saw it as an opportunity to raise awareness about why asylum seekers flee their homes and take enormous risks in order to come to Australia.

“Asylum seekers face difficulties regarding changing policies and the ripples effect on the refugees and on their livelihood,” Mr Ali said.

“My aim is to educate people by telling them a real-life story.

“Getting involved with Narratives of Hope has been an amazing experience.

“I still remember when I finished telling my story, and at the end, there was a moment of silence.

“Sparkly eyes were staring towards me and the room was full of emotions.

“This is what I wanted to achieve by inspiring the audience to walk away with a firm commitment to contribute and help.”

Today, Mr Ali is living a full and virtuous life in his new home country. He has no animosity towards the Australian immigration system; only gratitude for the opportunities bestowed upon him.

“I believe [Australia] is a land of opportunities and abundance,” Mr Ali said.

“It takes a person to work hard and hustle to realise their potential.

“I guess coming from a war-torn country I can see a lot of opportunities which were not available in the past.

“My message to people who are disadvantaged financially, who are suffering from mental illness, who have faced discrimination – you’re not alone.

“Nothing is impossible. Don’t give up. Things will get sorted out.”