Menu
PrevPreviousTips for life: how to negotiate your rent or mortgage
NextNew modern machine to treat cancer is in QueenslandNext

Happiness and gratitude with Sneaky Santa in Brisbane 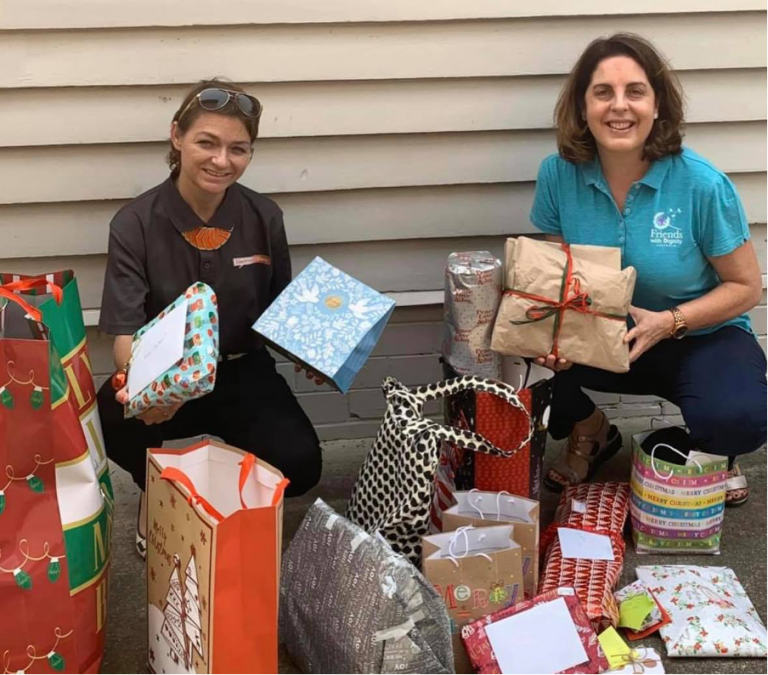 School Holidays are just around the corner, and the festive season is fast approaching. Brisbane Community Helper’s has once again launched its “Sneaky Santa” initiative.

The Brisbane group, sponsored by Local Trades Now and Electrical Embassy, assist people and businesses, charities, not for profit organisations and schools that need donations, sponsorships and support.

Currently, the Secret Santa initiative is in its second year and preserves the same formula of interaction as any regular gift exchange celebration of its kind.

Brisbane Community Helper’s register the participants and assign to each one of them the name of who will be gifted along with a list containing the person’s gender and age, and suggested present ideas.

You can register to give as many presents as you like and there is no price limit.

“Most times it’s something like a simple card that means so much to these people,” says Bec Baker, founder of Brisbane Community Helpers.

“In the past, the people that received gifts were totally surprised; many came to tears. Especially with the beautiful card’s kids had made. So many loved their gifts and couldn’t believe how perfect the gifts were for them,” says Ms Baker.

Queenslander’s, like many others, have suffered through a year of turmoil. Feelings of anxiety, confusion and loneliness are no longer a stranger to many of us just over the past year. Being part of something like the “Community Sneaky Santa” can help with these unwanted emotions.

If you are interested in being a collection point, collecting the gifts, nominating a person or an organisation such as a nursing home or even to register to buy a gift for someone, contact Bec Baker on the Brisbane Community Helpers Facebook Page or phone on 0421 243 347.

PrevPreviousTips for life: how to negotiate your rent or mortgage
NextNew modern machine to treat cancer is in QueenslandNext