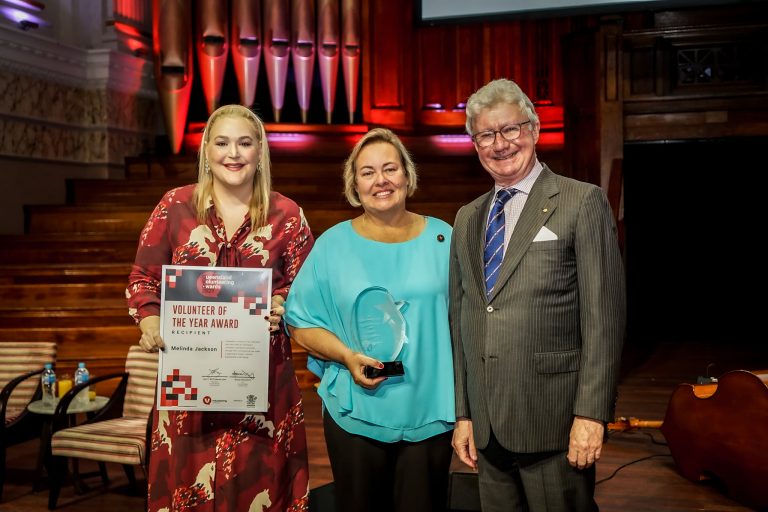 Melinda Jackson was ten years old when she started surf lifesaving and 13 when she first patrolled beaches in her hometown in Cairns.

Last month, after nearly 40 years of service, Volunteering Queensland awarded Ms Jackson with the Volunteer of the Year Award, acknowledging her past and continued service towards surf lifesaving.

Ms Jackson, 50, said volunteering has strengthened her mental and physical health and allowed her to find balance in her busy teaching schedule.

“I love to give back, but I think I get as much out of volunteering as it gets out of me.

“I can go and do a 12 hour day standing on the beach and come home with energy,” she said.

Ms Jackson entered surf lifesaving in 1980, the year that Surf Life Saving Australia began admitting women, in a time where the field was still “very male-dominated”, according to Ms Jackson.

Today, surf lifesaving remains to have an uneven gender split, with women making up less than 40 per cent of SLSA patrolling lifesaver members.

Last year, the organisation initiated a mentoring program for women after it was revealed that women occupied only 20 per cent of SLSA leadership positions.

While Ms Jackson said the gender dynamics in her own club are fairly equal, she maintained that historical imbalances had presented an opportunity for women to demonstrate their capabilities.

“Women have been able to prove themselves [and] that they can undertake rescues and first aid and that they’re valuable,” she said.

Ms Jackson, who has a degree in Environmental Science from Griffith University and a Graduate Diploma in Japanese language and Education, is a teacher on the Gold Coast.

For Ms Jackson, there is a natural connection between her work as a teacher and her lifelong participation as a surf lifesaving volunteer.

“I think that I always wanted to be an educator of some form.

“Even if I look at my younger years, I always gave back and coached,” Ms Jackson said.

Surf lifesaving is a family tradition, with both Ms Jackson’s husband and daughter being regularly involved in patrolling activities.

Ms Jackson said that receiving the award validated her work and allowed her to see the contributions others had made to the community.

“I was in awe of the people that were there,” she said.

“I was in awe of the fact that people had opened their eyes, and they looked around their community and saw a need and then went and addressed it.”