UQ boosted to accelerate the production of vaccines 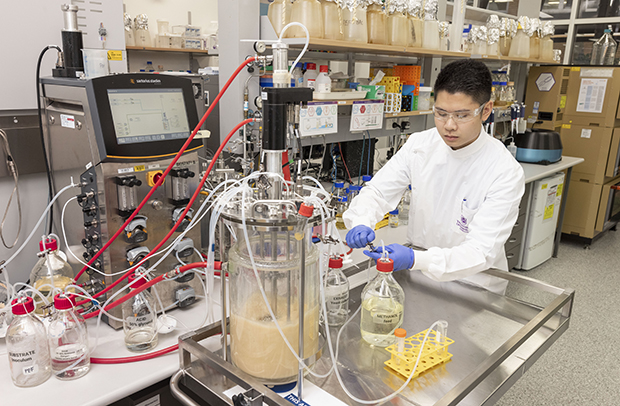 A $2.2 million investment from the Federal Government will push the production of mRNA vaccines, like the Pfizer, and cancer therapies at the University of Queensland (UQ).

In a Base facility hosted at the university’s Australian Institute for Bioengineering and Nanotechnology (AIBN), scientists are expected to develop nucleic acids similar to those used in the Pfizer and Moderna vaccines within months.

Led Associate Professor Timothy Mercer stressed the weight of mRNA vaccines in the fight against COVID-19 and its new variants.

The Centres for Disease Control and Preventions (CDC) in the USA explains that mRNA vaccines teach human cells how to make a protein—or even just a piece of a protein—that triggers an immune response inside our bodies.

National Biologics Facility’s Professor Trent Munro praised the possibilities to be created between research and development organisations and large-scale manufacturers.

“It is vital that Australia develops sovereign capability in the pre-clinical synthesis of RNA and DNA to support early-stage R&D by Australian researchers and the biotechnology industry,” Professor Munro said.

“The production of large quantities of highly pure RNA and DNA for rapid response is challenging and requires advanced equipment and a skilled team of scientists – we are delighted to team with BASE to advance research into this emerging area,” Professor Lua said.

The Base facility will work collaboratively with UNSW Sydney, which has particular strengths in nanoparticle delivery systems targeting cancer and RNA chemistry.