Volunteers are gathering to clean up public areas in Brisbane 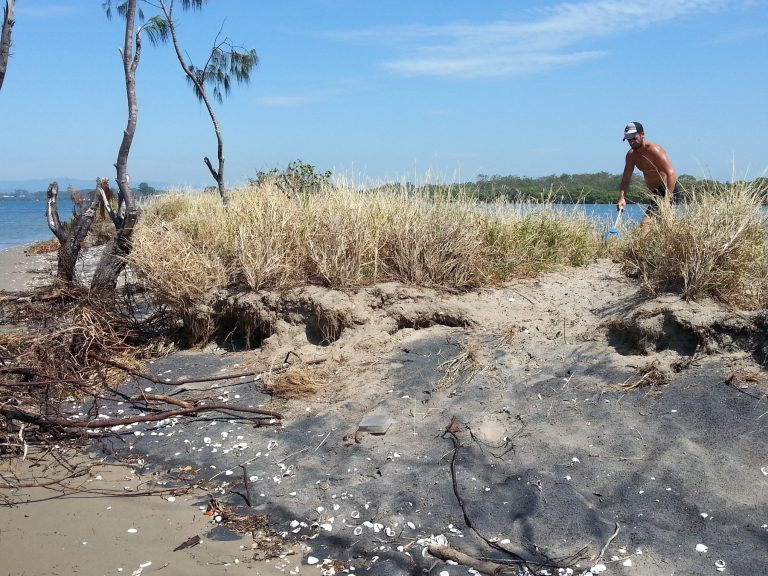 The debate around climate change has taken place in daily news worldwide.

Calling for immediate measures from governments in an attempt to contain the escalation of natural disasters, environmentalists and scientists have been putting extra effort into saving the planet from future accidents.

This concern has also been brought to the attention of local communities. The 43-year-old, originating from France, Laurent Ternus had the idea to invest money on proper equipment and create a Facebook page called “Forever Blue Organization”. His idea is to gather as many people as possible and start the change from his local area in Manly.

The project started 4 years ago and, initially, it was only himself and a friend taking a couple of hours once a week to go voluntarily clean the beaches at Manly. Later on, he decided to publish on Facebook groups and invite people from the French community to join them in the activities.

Observing the reactions and expressions of interest, the idea of creating a page for the project came up, says Laurent.

“We usually think that the city council should do more about the garbage in public places, but I thought, I am somebody that can help the environment starting in my local area and it is really simple. After promoting on social media I noticed that more people were getting involved with the idea”, he says.

Since the project “2 hours at a time” started, every Sunday morning from 8:30 to 10:30 am, a group of local volunteers along with Laurent get together to clean coastal areas previously chosen by online discussion. “Basically I realised that picking up a spot for cleaning would be more effective than going somewhere random. So we can better organise ourselves and get all the equipment we need”, he explains.

During these years, the weekend activities have also taken place at Redcliff, Griffin, Toowoomba, Ransome, Wynnum and many other suburbs and metropolitan regions of Brisbane.

In the meantime, incredible amounts of garbage have been collected by the volunteers and sent to the proper destination. Laurent tells that recently in only one morning the group collected 330kg of trash including cans, plastic bags and bottles, fast food wrappers, tyres and even a gym bench.

“Once again we observed that 99% of what was there was purposely littered. People need to realise that spending 20 seconds to walk to the bin or keep the trash in their car until getting home will help to save the planet”, says the organiser.

Nowadays reaching up to 14 people voluntarily helping, Laurent has plans to organise fundraising events to pay for more equipment and hopes to continue with the project as it is growing significantly.