What will be the solution? Two ferry terminals closed 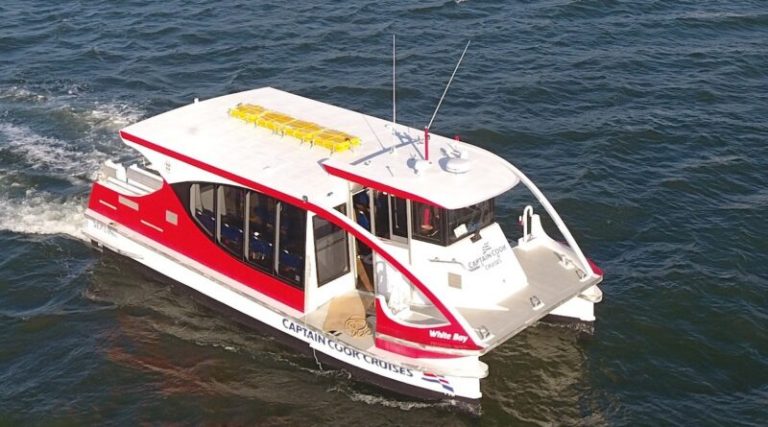 The announcement from Brisbane City Council to wind up services in two ferry terminals in Kangaroo Point and Norman Park has sparked irritation among commuters.

“My local residents feel completely betrayed, they were promised services and ferries would be returned yet here we are… left high and dry,” Cr Cook posted on Twitter.

“Zero consultation. Zero alternatives explored. This means hundreds if not thousands of more residents on the road each week,” she said.

Councillor for The Gabba Ward, Jonathan Sri, has informed on Facebook that he would “be seeking an urgent meeting with the chair of public transport next week about this.”

“In the meantime, I encourage everyone who believes that CityCats should continue stopping at Kangaroo Point to email [Lord Mayor] to make your opinions known,” he said.

Brisbane City Council has opted for the closing of the Norman Park ferry terminal due to the lowest patronage. The route that heads to New Farm, affirms the administration, carries 133 passengers on 136 services per day (pre-COVID), less than one passenger per trip.

“The Norman Park terminal is at end-of-life and is not compliant with modern disability access standards. The terminal is also not compatible with docking KittyCats,” says the Council.

The Thornton Street terminal will be impacted by the construction of the new Kangaroo Point Green Bridge, making it impossible for daily use. The CityCat will also cease stopping at Holman Street as part of an interim timetable.

The new KittyCat cross-river operating in Kangaroo Point will resume on 15 November, stopping at Holman Street and Riverside, in accordance to the BCC, will result in a frequency of 12 minutes between the two terminals for most of the day.

However, as the Dockside terminal will be closed for an upgrade, the free shuttle bus service between Kangaroo Point and the City will continue to operate for now at 25-minute intervals.

Riverside Terminal will be used for Kangaroo Point passengers to transfer to CityCat services.

According to the BCC, the free CityHopper service will resume on 15 November. “The Kittycat has a top speed of 23 knots and that allows services 44% faster than the timber ferries. The new timetable will run at 25-minute intervals and stop at six stops, compared to the previous 36-minute monohull service that serviced eight stops.”

“We have been working around the clock since July to restore the much-loved ferry service, and in under three months we have sourced five replacement vessels and restructured our network to get passengers back on the river,” Cr Murphy said.

“Today we are announcing two terminal upgrades and an interim timetable for the KittyCats that will operate at least until the new Howard Smith Wharves terminal comes into service in 2021.”

Council will invest $48.7 million over the next three years to upgrade terminals including Mowbray Park, Dockside and South Bank terminals.

“The upgrades will double the docking capacity at Mowbray Park while Dockside terminal will be upgraded to be able to service both KittyCats and CityCats, unlocking potential for Kangaroo Point residents to reach more destinations on the ferry network,” Cr Murphy said.