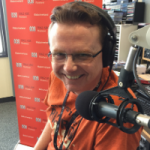 Spencer Howson describes himself as a tirelessly curious storyteller.

His radio career began at Reading Radio (then 4RPH) in 1990. From 1990-1993, Spencer presented several programs for the RPH Network including “The Box” and “Mini-Musicals”. Spencer returned to Reading Radio in 2019.

Spencer worked for the ABC from 1993-2020, including 15 years as host of the top-rating ABC Brisbane Breakfast show. From 2017-2020, he held the position of Program Quality Advisor, which involved spotting, developing and coaching radio presenters and producers across Australia.

Spencer now presents Weekends (9am-1pm) on 4BC 1116 and teaches at the University of Southern Queensland. In his spare time, Spencer is studying a Master of Arts at USQ, researching attitudes towards female radio presenters in Australia. He is a passionate advocate for diversity of voices in the Australian media. 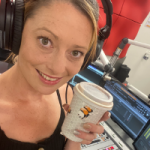 Coming from a background in sales and marketing, Shayne found her passion for producing and creating radio content.

Shayne has volunteered in community radio for almost 6 years.

She also started co-hosting a disability sports show and grew to hosting. Shayne also is producing a morning show on Phoenix Radio.

Shayne has a love for community and creating a place where everyone feels like they can truly come home to.

Community is the most powerful thing. 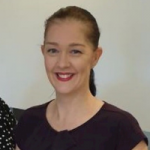 Susan is an experienced HR professional with capability in all aspects of HR. Susan has a proven track record for developing successful solutions and delivering outcomes. Coming from an old school industrial relations background, she made the transition to a more generalist HR approach when she wanted to know “how things ended” after going 10 rounds in the relevant Tribunal, recognising litigation is symptomatic of a greater problem.

She is passionate about leadership & culture frameworks and how they support employee engagement and ultimately the successful implementation of a business’ strategic plan. Susan’s career spans 25 years and includes private and public sector in employer associations, health, waste management and education. She is currently completing her MBA and is an ex officio committee member for two Board sub committees. Susan provides strategic HR advice to CEOs and Boards and is responsible for the recruitment of governance officers. Susan is also committed to providing a balanced and commercial view to corporate governance.

In her spare time, Susan is a single mum to two teenagers, two moody cats and 1 overly excited border collie. Susan volunteers at ParkRun, is a volunteer Technical Officer 1 for Triathlon Qld and a volunteer Foundation Coach at Energy Lab Triathlon (focusing on swim technique and strength). She is currently training for a coastal mountain ultra-marathon (125kms in 3 stages) in the Knoydart Penisula in the West Highlands of Scotland – pending COVID international travel rules. 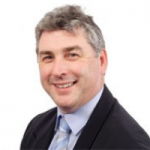 Rennison Murray is an experienced business manager specialising in formulating and executing business plans, developing long-term customer relationship models and identifying opportunities for product and revenue development. Over the past 30 years, he has served on not for profit boards and committees and has a high level of experience in understanding the governance and operation aspects.

He has worked in the radio broadcasting industry in 1986 and has worked with both community and ABC radio and produced audio content for not for profit organisations and University faculties.

Rennison is passionate about developing services that have an immediate and high positive impact on people within the community who do who need access to written word documentation but need an alternative source to provide it. He currently owns a business proving essential services to clients in the disability sector through NDIS related support. 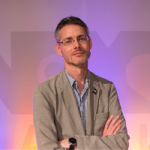 James Cridland is Editor of Podnews, a daily podcast newsletter. He is a radio futurologist – a writer, consultant and public speaker on radio’s future.

James has worked in radio and audio since 1989 as an award-winning copywriter, radio presenter, and internet strategist. 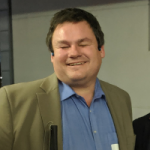 Paul is totally blind and has been since birth. He started volunteering at the Reading Radio in April 1999. Paul is currently a technical producer one day per week and fills in on other days when required. He also undertakes on-air shifts when required,

Paul was voted on to the Reading Radio board at the 2004/2005 Annual General Meeting, stepping down in 2013 due to personal circumstances, and I was re-elected in 2016. Paul is currently Vice President of RPH Australia board, Vice-coordinator Blind Citizens Australia Brisbane Branch, and was president and committee member the Queensland Blind Cricket Association committee.

He is also chair of the new volunteer and programming committee at the station and a member of the new governance committee. Paul has a Bachelor of Information Technology at Griffith University and a Certificate 4 in I.T. Client Service.

Paul has a cat named Jill, and in his spare time, loves to go camping and four-wheel driving with his wife. They are members of the Caloundra City Four Wheel Drive Club. His other interests include Radio, Computers, and Music 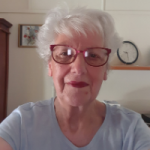